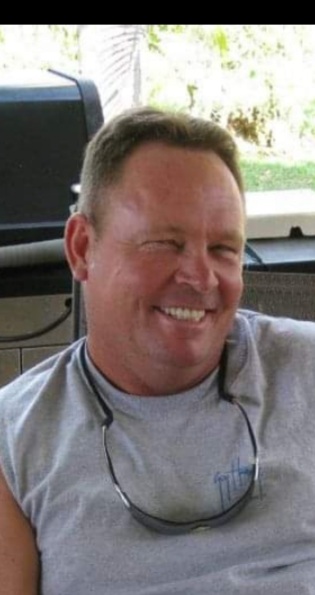 Doug’s story is being told by his beloved wife, Roxanne. Doug was born in San Rafael, California on September 6, 1966. He moved to Miami, Florida when he was just an infant where he met and married the love of his life, Roxanne. Their 20th wedding anniversary was September 8, 2021.

Doug had a smile that would light up a room. He had the natural talent and personality to make friends no matter the situation. His laughter, humor and quick wit was infectious to those around him. He was a faithful man of God and true to his family and friends. He was always there to help those in need and never asking for anything in return. He was a kind and generous man. No was not a word in his vocabulary. To say the least he was extremely proud of his wife and daughter. He was a family man and they were the most important people in his life.

My story begins when my husband started driving a semi in mid or early June 2021. He had his first 14-day trip and it went successful, they immediately hired him to be their trainer. Second trip was fine. Came home for 3 days and left for his final trip. when he left he was not feeling well. Not sick not well. Within a couple of days he was feeling sick, sore throat, fever, and aches and pains. A few days later it only became worse. He wanted to come home and told the trucking company that he thought he had covid and he couldn’t breathe. However, he continued to drive because he didn’t want to lose the money in escrow and or the money he had already earned. He was the primary household support.

He was driving and sleeping most of the time and he had another driver in the vehicle 24 hours a day. Why the other driver did not contact anyone to say my husband was dying is that complete mystery to me.

Anyways, the last day Saturday August 28th, I talked to my husband in the afternoon he was leaving Arizona and entering Texas on his way home to Miami. He was crying that he was having a difficult time breathing and just wanted to come home he did not want to go to any of the hospitals because he said once they put you on a ventilator you die. Evidently he passed out around 11:00 p.m. that night at a truck stop. The co-driver immediately called 911 and the paramedics arrived at the scene. They immediately gave him oxygen because his levels were 52%. He immediately woke up and responded answering questions about his wife and daughter. He told them we had both tested positive that day for covid and that he felt way better and wanted to come home. They told him they had to transport him to the local hospital just for testing. He even walked himself to the ambulance with assist.

Upon arriving at the medical center he was responsive and able to answer simple questions and move each limb of his body his blood test all looked great a few things were elevated slightly. The report states that he was able to respond to commands. Then in comes the ER doctor who immediately said Vent him!!!!

Nobody called me! He refused to be vented and was combative. As soon as they vented him they put him on sedation morphine and paralytics. I called every day to speak to the nurse one time a day for 20 minutes and nobody would give me any information whatsoever except that he was doing good. There was a wonderful pastor over there who would call me a couple days a week and let me FaceTime with my husband who was fully medicated in paralyzed. After 10 days they allowed me to fly there with our little daughter to see Doug.

Let me not forget the part where my husband coded, the nurse stated the morphine levels were very high and my husband was not tolerating it well. They put a trach in him and lower the medication rate.

When I went to see him everything look lovely even though the three days that I was there I saw the doctor for 2 minutes after begging and begging and begging to talk to him. His response to me was your husband is critically ill. I asked him why were you going to transfer him to a long-term assisted living facility if he is that critically ill. No response! He had a very very poor bedside manner. I asked him why my husband’s face was black and blue, and it was 10 days post the incident. No response.

They removed sedation and paralytics for the 3 days they allowed me to be there. He was maintaining his own on the vent in hopes that he would come off soon.

I came home to Miami on 9/10 in the evening and first call in the morning he was passing they had to give him sedation again and paralytics. He was doing fine without them. I don’t know what happened, I’ll never know what happened.

Three whole days from morning till night I was there and he was doing completely fine without paralytics and sedation. The minute I leave back to Miami he Immediately worsens. A direct result to them.

I put the two and two together! Fine in the ambulance. Fine when I’m there. Went in the hospital immediately deteriorates both times when no one else is around to see. The hospital is 100% direct result of my husband’s death and their protocols.