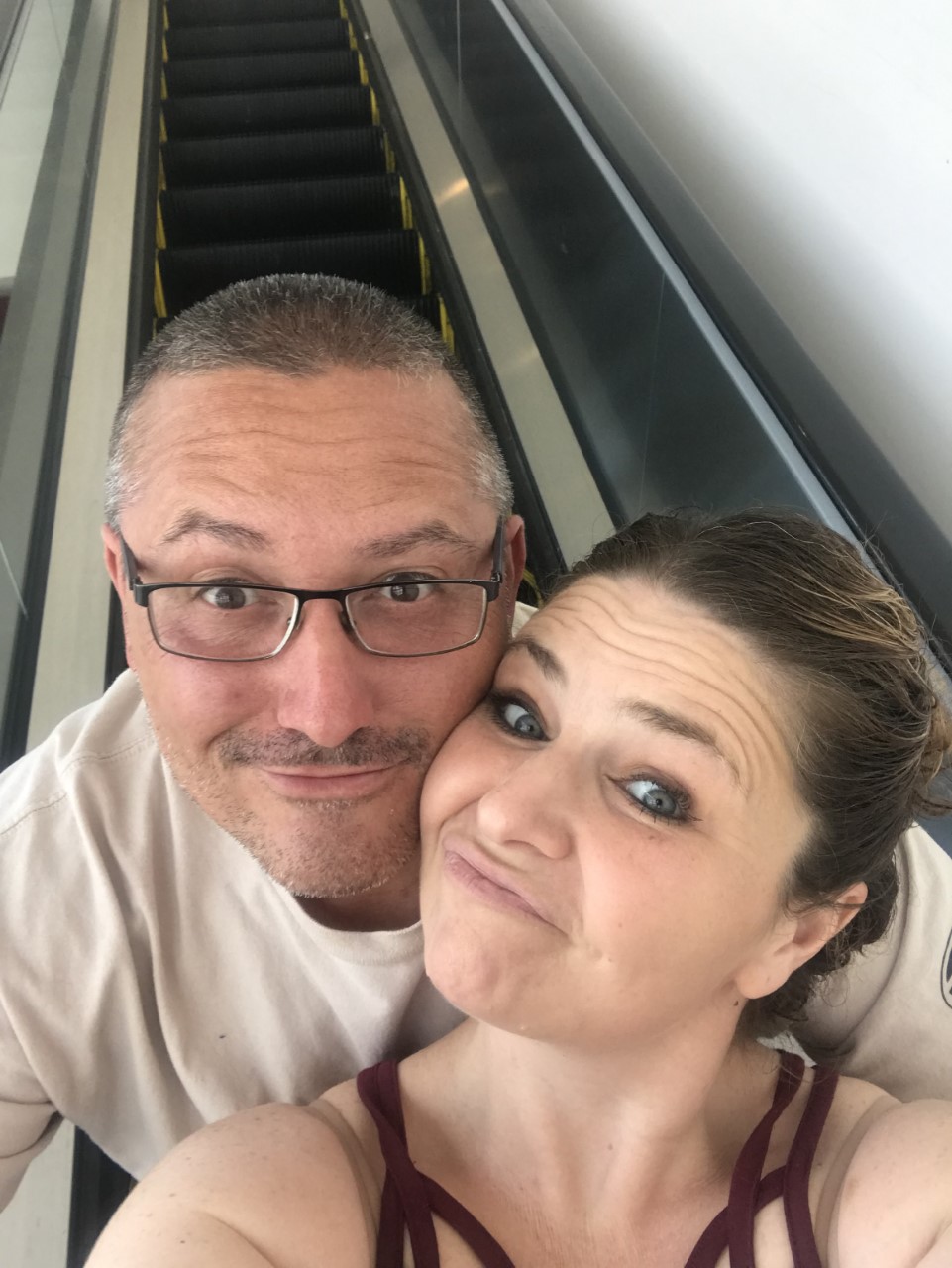 Timothy’s story is being told by his beloved wife, Angie. Tim worked as a maintenance contractor for CMHS in Dartmouth. In his spare time, he enjoyed wood working and giving to anyone in need. He was always Patriotic and a member of the NRA. He was a devoted father and husband.  Tim proudly served in the United States Army National Guard.

My world crashed Not sure where to begin for everything still seems to be a fog. My husband went in for a routine Covid testing weekly or his company that he worked for on December 26. Upon going for his testing he had entered into three houses for the disabled that were Covid positive for which they failed to let him know this. Once my husband received his test stating that he was positive he went about his day at home with us. He did let his company know that he’d have to be out because he was positive. He felt fine up until December 29 when he started becoming short of breath and more tired.

On December 30 I took him to one of the local hospitals where he proceeded to tell them he was Covid positive and was not vaccinated. The hospital decided to do a chest x-ray and sent him home with an inhaler within 35 minutes of being checked into the hospital. He proceeded to get more symptoms through the weekend but thought nothing of it because he had the inhaler and a steroid that the doctor had given him from his primary care provider.

On that Monday he contacted his doctor because he really wasn’t feeling well trouble breathing and now developed a fever. She proceeded to increase his steroids and issue him another inhaler. She also informed to tell him that the chest X-rays from12/30 showed he had COVID pneumonia( for which the hospital never told him).At this point I tested positive as well with minimal chest pain and no fever. By Tuesday, January 4 his color seemed off and he really wasn’t doing well. With a suggestion from my doctor to purchase a pulse ox I had tested his oxygen level with it and he was 70.

At this point I drove him to another hospital 30 minutes away where I knew he’d get better care at this hospital. Once we got to the hospital it just seems like a battle the moment we walked in the door. His color was turning purple and he was beginning to struggle to breathe. Finally after persisting that he needed to at least be looked at by a nurse they brought one out and his oxygen level was 72.

They rushed him into the ER room where they put on the nasal cannula and also the facemask for oxygen. His levels came up to about 89 while they bolus him with fluids and proceeded to give him IV steroids and an antibiotic. We had to stay in the ER for about two days because there was no beds in the ICU. The doctors discussed doing an experimental medication that was a one time deal used for a cancer patients and studies for Covid patients. They administer this medication with no success.

He then had to have the bipap machine placed along with the nasal cannula. Since the very beginning they also started him on remdesivir every day starting January 4 until January 18 when he passed. His condition became worse and on January 10 he was startled from sleeping woke up and pulled off his BiPAP machine.

Once he did this is oxygen level dropped to 50 and they had to do an emergency tracheotomy and put him into an induced coma. During this whole time his lab work remain completely normal and the only abnormalities was his radiographs and his lung production. At this point I was told he had developed ARDS. Through the following weekend of the 17th I noticed in his medical chart that he began to develop another fever with some nasal and mucus discharge of a color being present.

No antibiotics or treatment was given until that Monday when I discussed it with the doctor that was on for that week. At this point they decided to do antibiotics and more steroids to help with now the secondary infection that he had acquired. One Monday night I received a phone call at 6 o’clock to go visit with my husband because they didn’t think he was going to make it the night.

I was able to visit with my husband and his best friend came with me to spend the last hours of his life together. At this point my husband while we were there had two heart attacks and his oxygen level was barely in the 40s. They had him hooked up to 10 IV pumps of all sorts of medication that I am not clear to do this day on what was in them. My husband proceeded to go into another cardiac arrest and at this point his oxygen level was 10 to 15 with no respiration rate within the past four hours.

My husband passed away at 2:52 AM on January 18, 2022. Up until he became sick with Covid my husband had no co mobilities at all, he was denied the possibility of the antibodies treatment and also ECMO even when he was first admitted because he wasn’t a candidate .

Seemed like he is just a number in this process of being treated as though his rights to not get the vaccine caused him the proper treatment protocol he should have received. Once the doctors heard he wasn’t vaccinated and they said he was obese ( 5’5” 240 pounds) they seemed to keep maintaining the same course of action that the CDC placed forth.